Dor Khoun Meuang, along with his adopted mother Mae Mah and Aunties Mae Noy and Mae Boun Mee Yai have now been free in the Nam Pouy National Protected Area in Laos for two and a half years. The elephants were released by the Elephant Conservation Center in Laos in March 2019 and are closely monitored to ensure their wellbeing and safety.

Over the last six months, they have been roaming around the south-western area, covering roughly 4,000 hectares inside their core home range of 15,000 hectares. The ultimate goal is that they become a fully wild herd of elephants within the park, and they are certainly making great progress towards this.

Dor Khoun Mueang is growing quickly and in the last six months he has grown from 1.87m tall and approximately 1,462kg to 1.93m and 1,558kg. It is more difficult to distinguish him at first glance from the rest of the herd as he grows taller. Dor Khoun Meuang, like many young boys can be very energetic and quite naughty at times. He loves to spar with his less enthusiastic aunties and often displays at the tracking team when they approach by thrashing around and showing his ears.

Dor Khoun Meuang can act very tough with his aunties, but he cannot play the same games with wild bulls who roam the area and have been spotted in contact with the released females. This interaction with dominant males will be crucial for Dor Khoun Meuang to learn social and breeding skills that will help him one day become an active breeding male in this area.

This video shows Dor Khoun Meuang and his herd munching on bamboo which is an important food source of wild elephants. 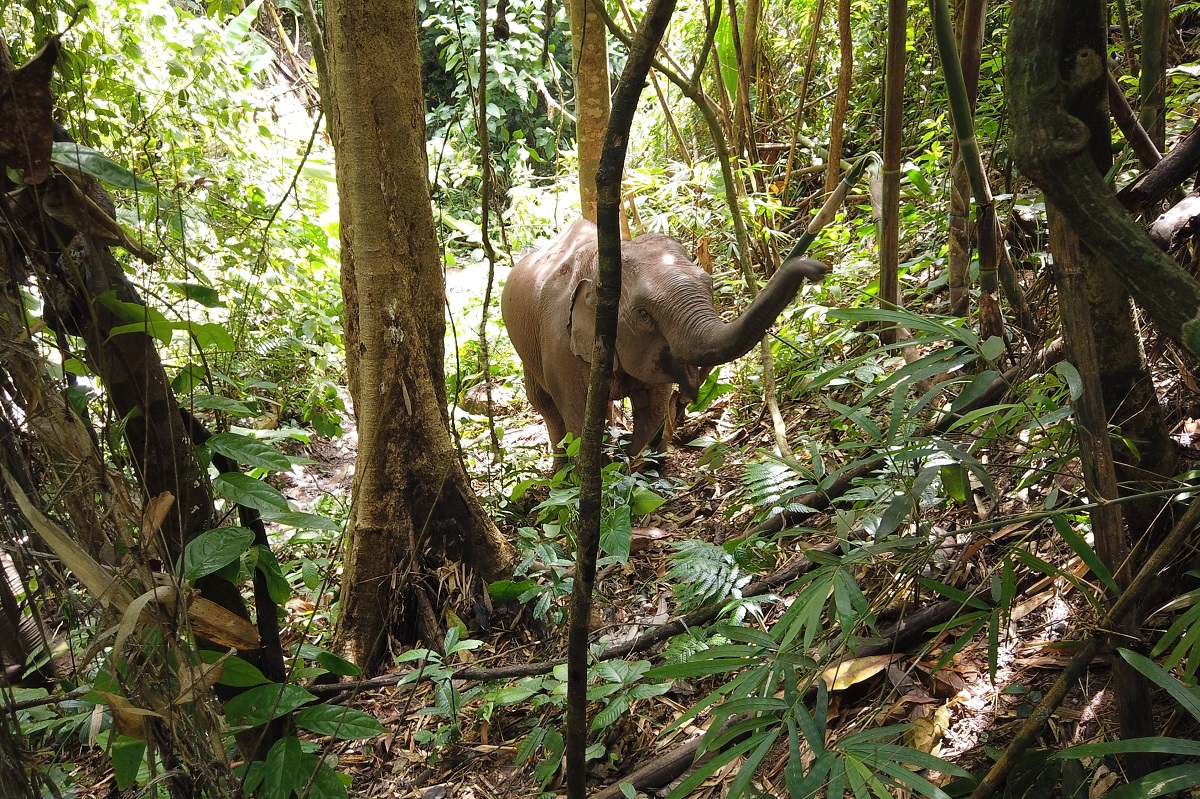 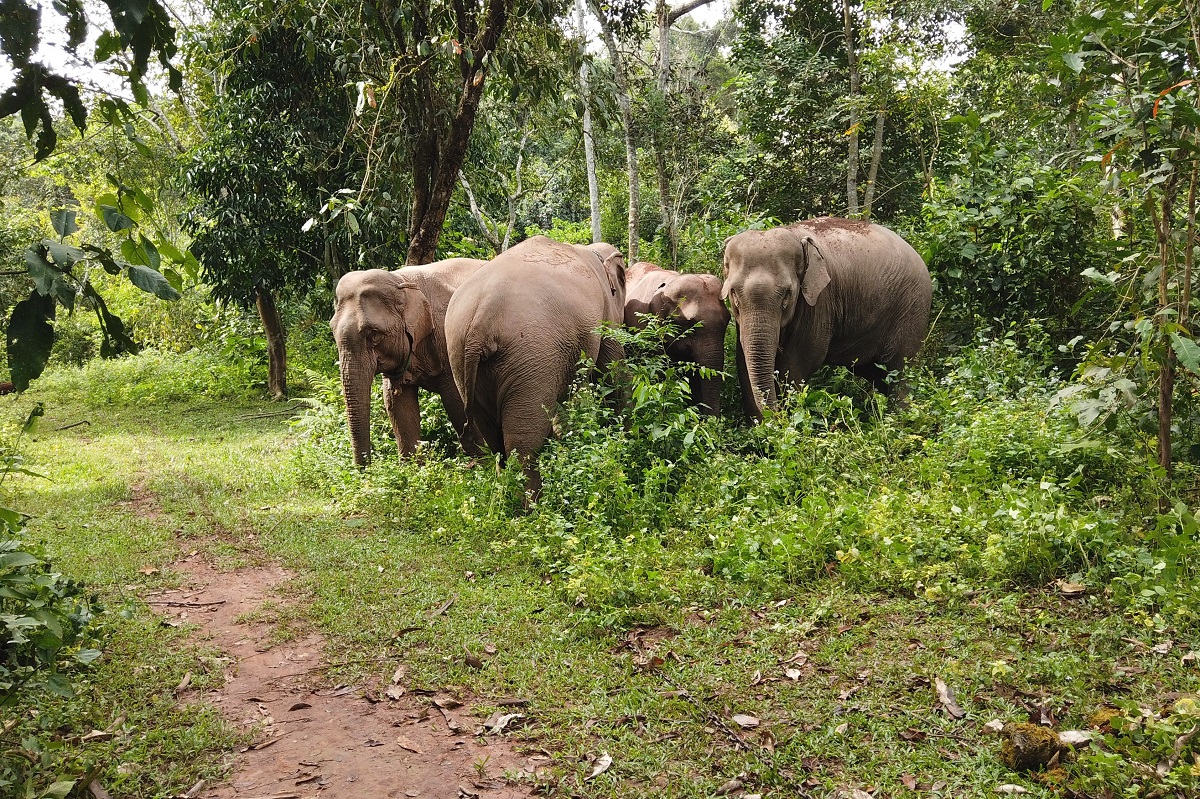 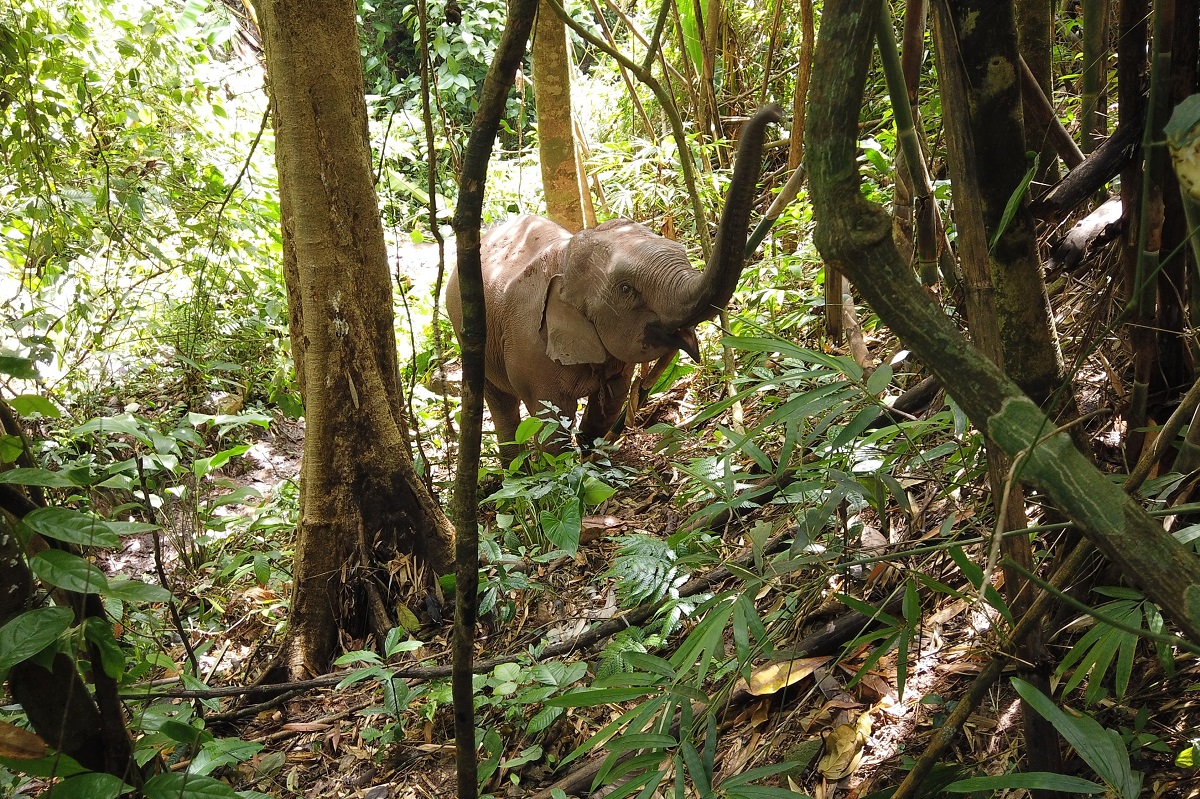 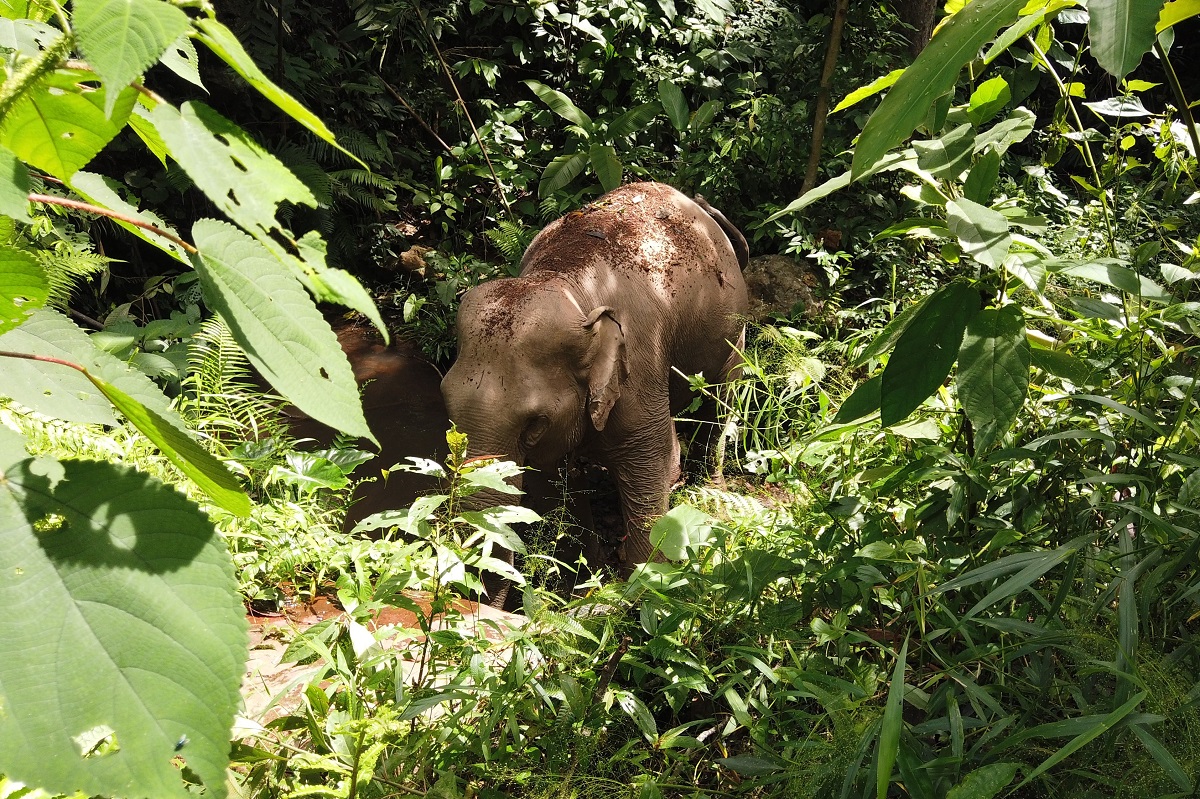 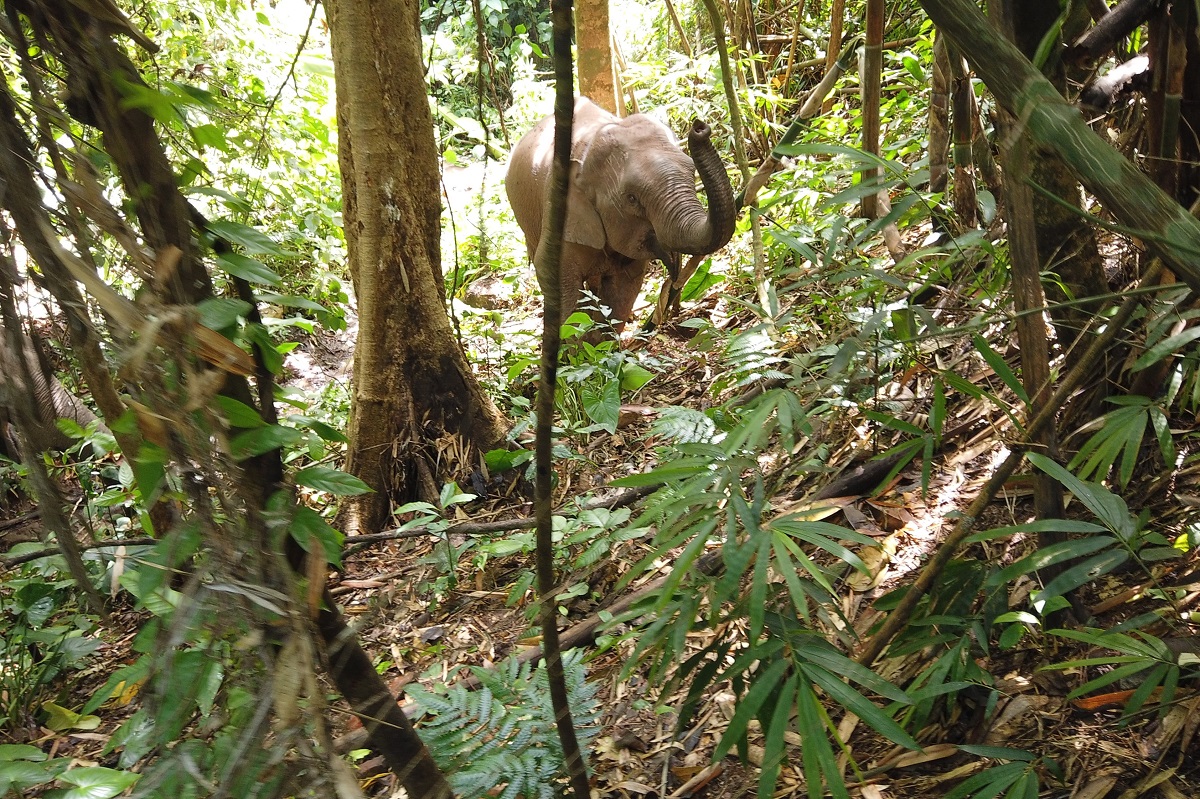 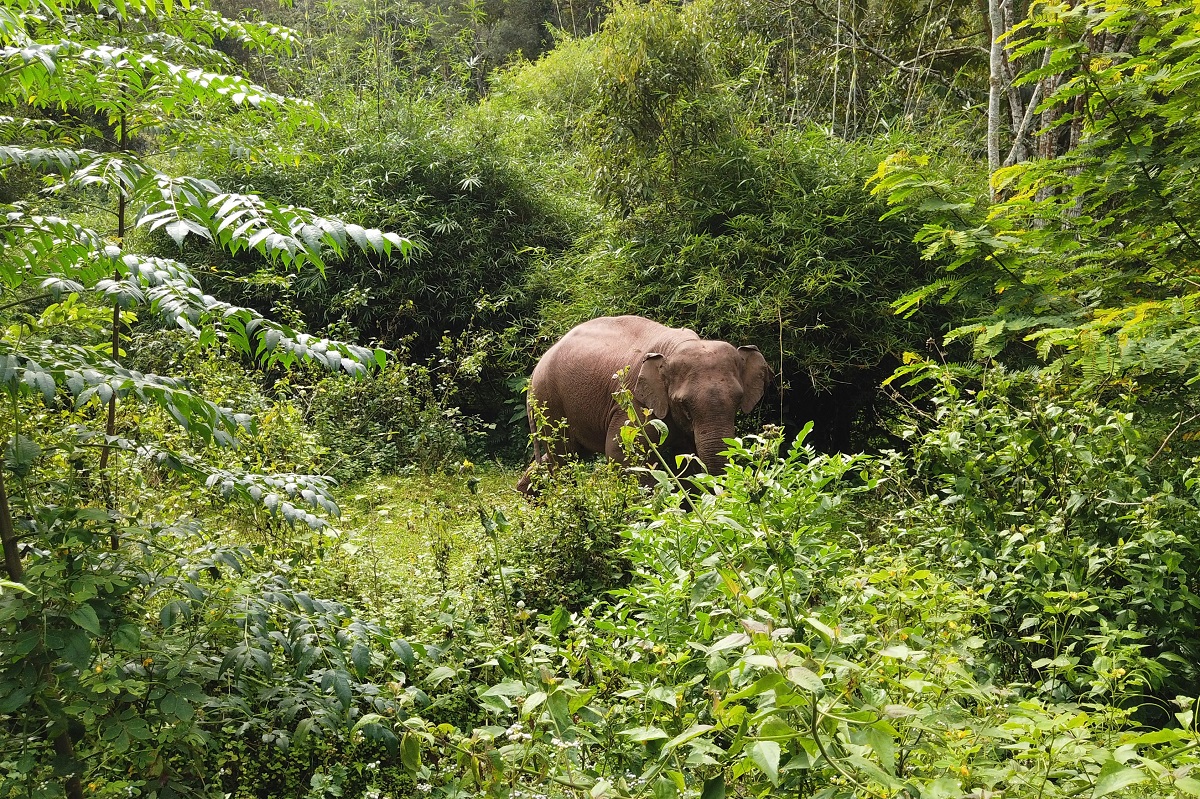