What is extinction in the wild?

Scientists estimate we have less than ten years to save Critically Endangered species like elephants, orangutans and tigers from Extinction.

This is a shocking statistic, but it’s not an exaggeration. Saving Sumatran elephants from Extinction takes considerable effort, time and money. To save even one of these species, all relevant parties - multinational corporations, governments, farmers, villagers and local businesses - must play a role. 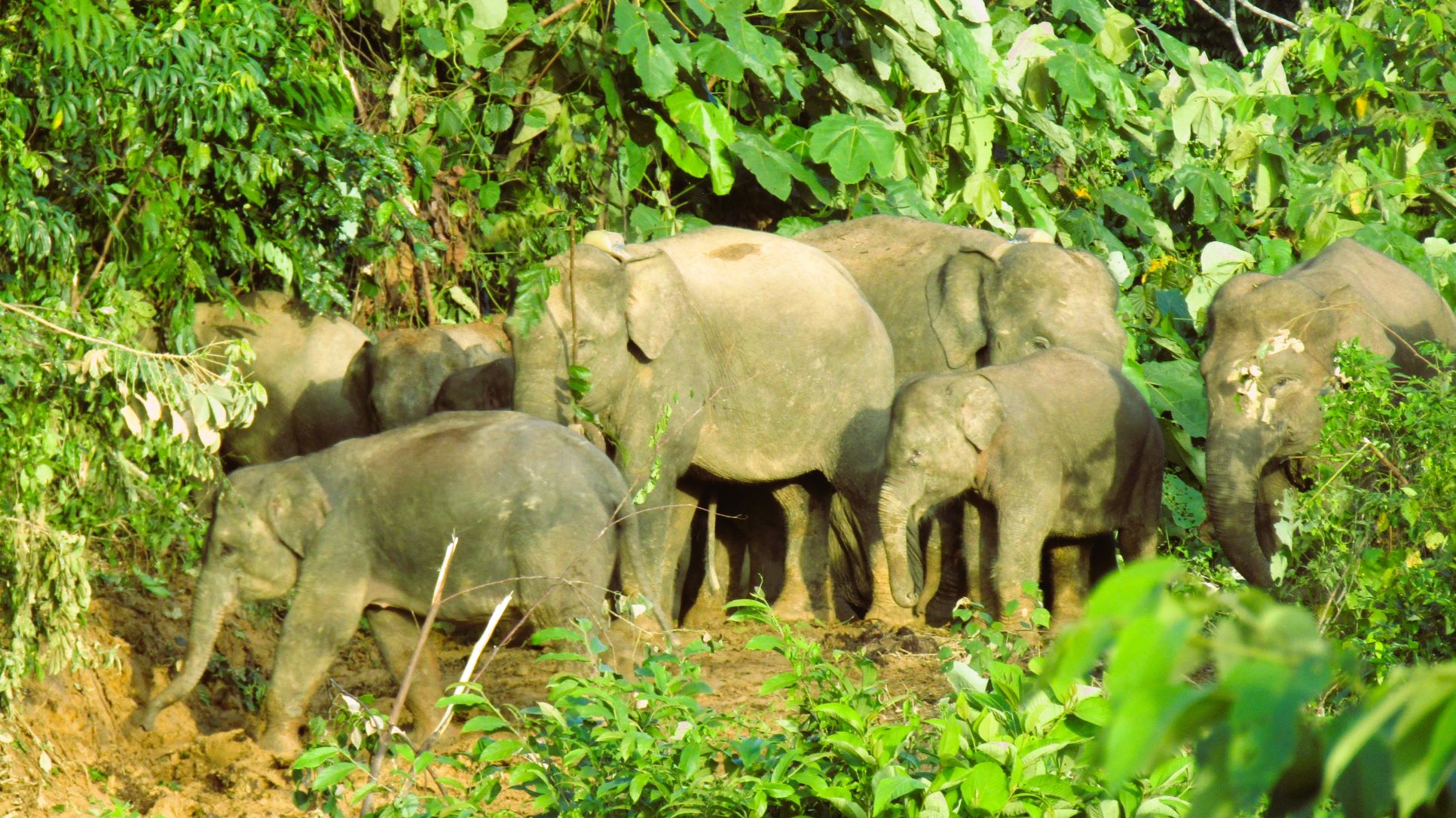 Above: one of the herds our Wildlife Rangers protect in the Bukit Tigapuluh Ecosystem

So… why do we talk about ‘extinction in the wild’?

When we talk about Extinction, we’re referring to a situation where there are too few elephants for the populations to be viable into the future. There might still be some elephants surviving in forest fragments, but if there are not enough elephants, with enough genetic diversity, living free and wild in the forest, over time they will die out.

That’s if we don’t put in place all the key actions we need to stop their slide into Extinction.

Firstly, we need to protect elephants from conflict with humans, which includes engaging with communities, farmers and villages to reduce conflict and educate them about how live peacefully with wildlife. Our rangers and community engagement officers work closely with people to help them learn new ways of dealing with elephants near their farmland. We use noise makers and fireworks to encourage elephants back into the jungle and away from crops.

Secondly, we need to protect elephants and all other species from snares and traps are set in the forest to catch species such as wild boar and deer. Elephants die every year, caught in these snares, and their deaths are traumatic. Just this year, a young elephant died after half her trunk was severed by a snare. Every month, our rangers remove snares from forests all over Sumatra.

Thirdly, and most importantly, we need to ensure that there is enough forest for elephants' survival. This is the big one. Because the forest habitat that elephants have evolved to live in over millions of years is increasingly fragmented, degraded and destroyed. Some forest still exists, but it is under constant threat from logging, as well as many other detrimental activities, on a daily basis. If we don’t save the remaining forests, not only will elephants die out, but so will many other Endangered species. 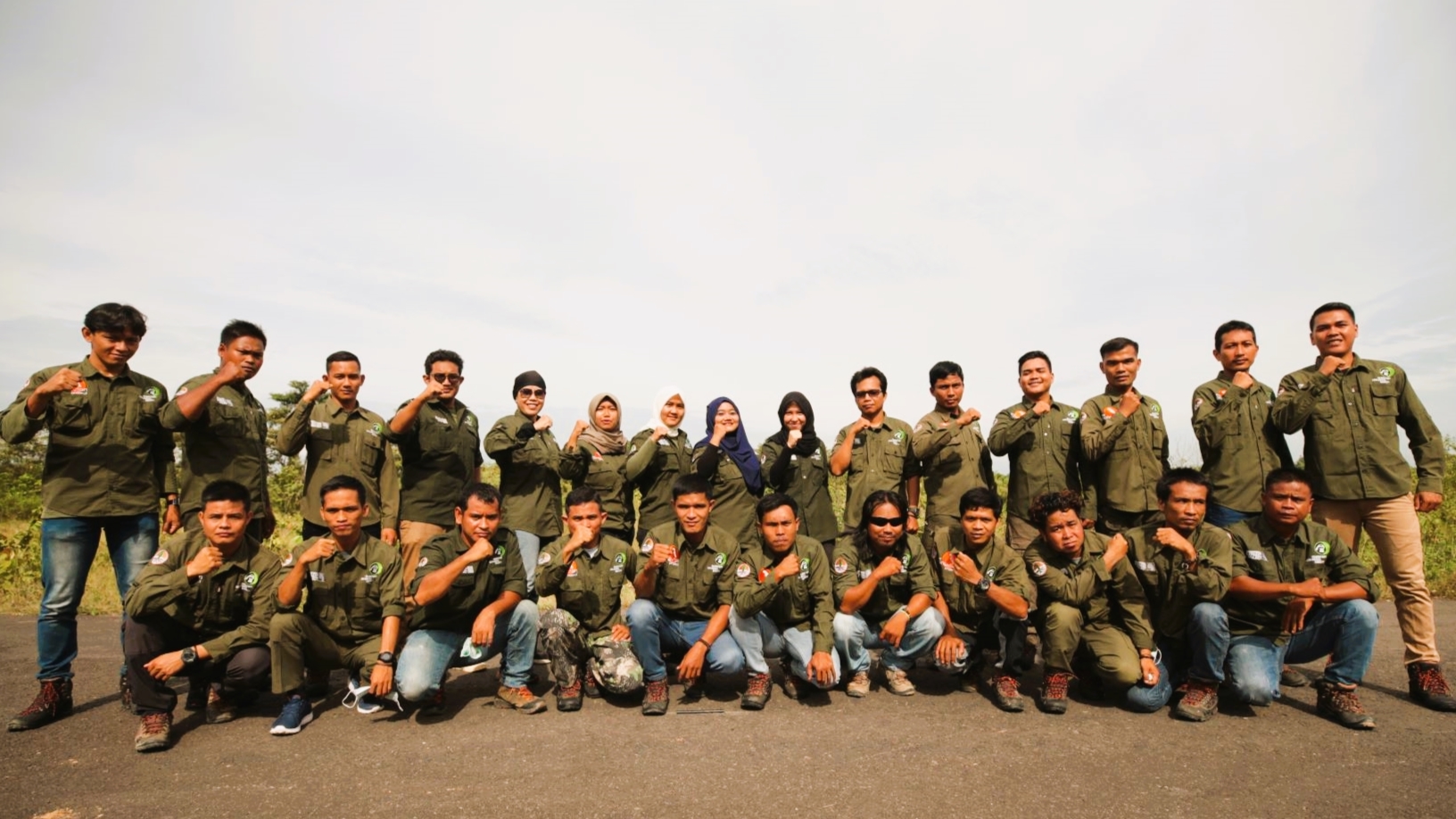 Above: our Wildlife Protection Units

We need to save key ecosystems across Sumatra

To save elephants and many more species from Extinction, we need to save a number of key ecosystems across Sumatra. But they must be the right size, type and shape of forest to sustain large herds of elephants. Elephants, orangutans, tigers and other large mammals thrive best in lowland riverine forests, so saving these forests is one of our key strategies to reduce the threat of Extinction. It’s not enough, for elephant survival, to save just any tract of forest.

If we put in place all the required actions now, by the year 2030, we should have enough of the right type of forest, so we can save elephants from the threat of Extinction. These functioning ecosystems act like arks of biodiversity, which can sustain wildlife, local and indigenous communities, and also play a crucial role in combating climate change.

The grim truth is that 80% of elephants, orangutans and tigers live in degraded forest. If they are forced to solely rely on hilly and degraded forest areas, their Extinction is inevitable. Wildlife wants to exist in the same areas that humans want to exist, and where monocultures are often planted. We must retain these last remaining forests for wildlife, not for oil palm, rubber tree or pulp paper plantations. To date, we’ve helped secure legal protection status for one critically important ecosystem in Sumatra: the Bukit Tigapuluh Ecosystem, where we work with our partner Frankfurt Zoological Society and the Ministry of Forestry and Environment. But there are at least another two ecosystems in Sumatra that need to be saved from the bulldozers. 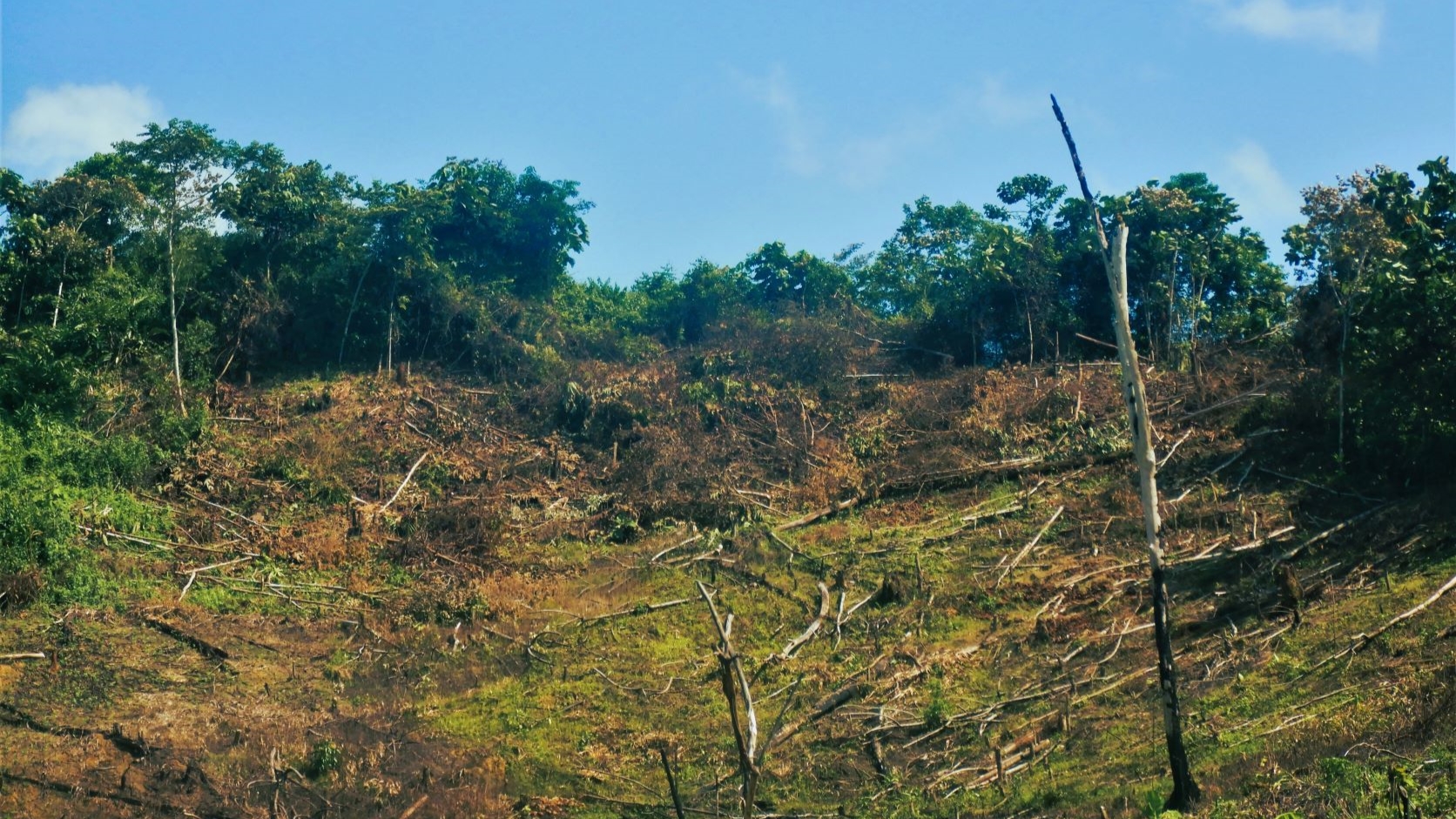 Above: a section of the Bukit Tigapuluh Ecosystem destroyed by illegal loggers

There are approximately 1,500 Sumatran elephants remaining in the wild. The genetic diversity of all populations is at risk, especially as they are restricted to fragmented forests and less able to move to other areas. In addition, many elephants live in forests that are unprotected. The pressure on this species comes from all sides, and without urgent intervention to save their remaining forests, they will become Extinct in the wild.

And if that day comes, whether in twenty years or one hundred, it will mean the end of one of the most noble and intelligent beings who ever lived.

Find out more about our holistic approach to biodiversity, species protection and saving forests.

Below you can see the Bukit Tigapuluh Ecosystem, a young elephant recovering from a snare wound, and one of the herd matriarchs our rangers protect. 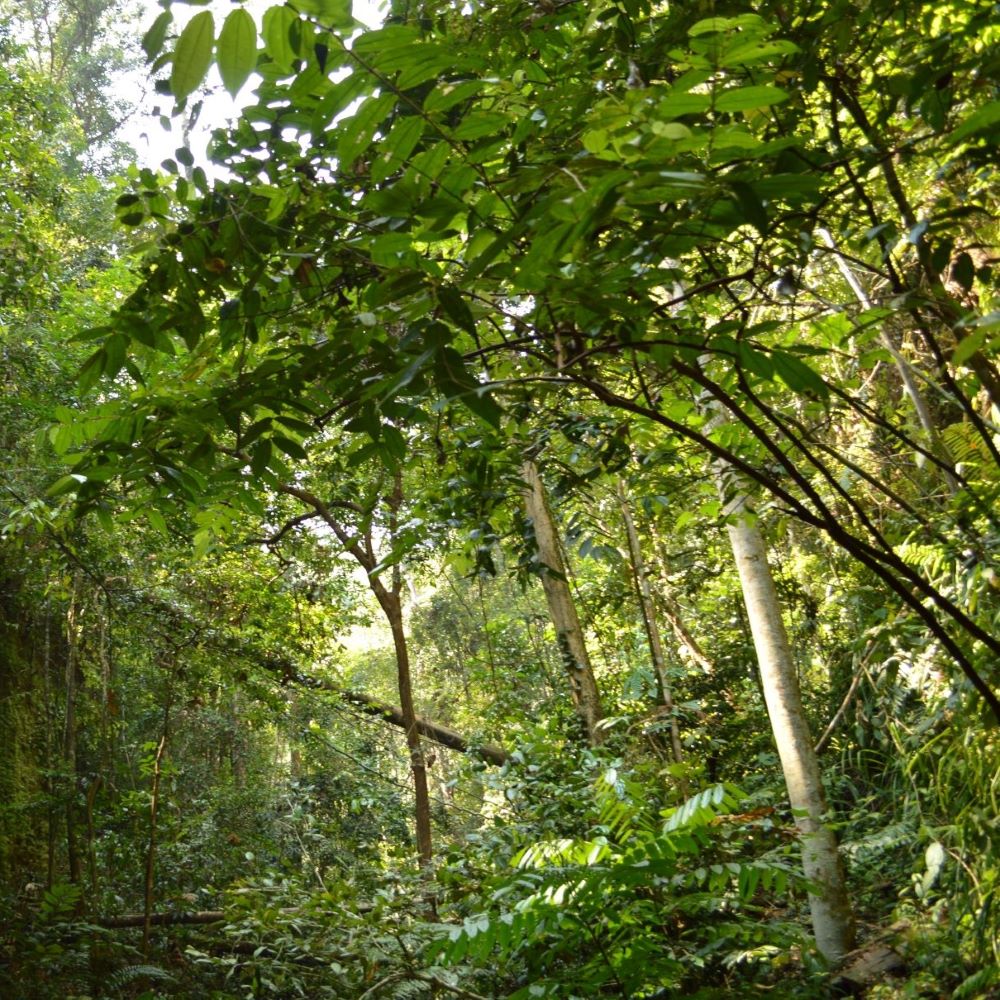 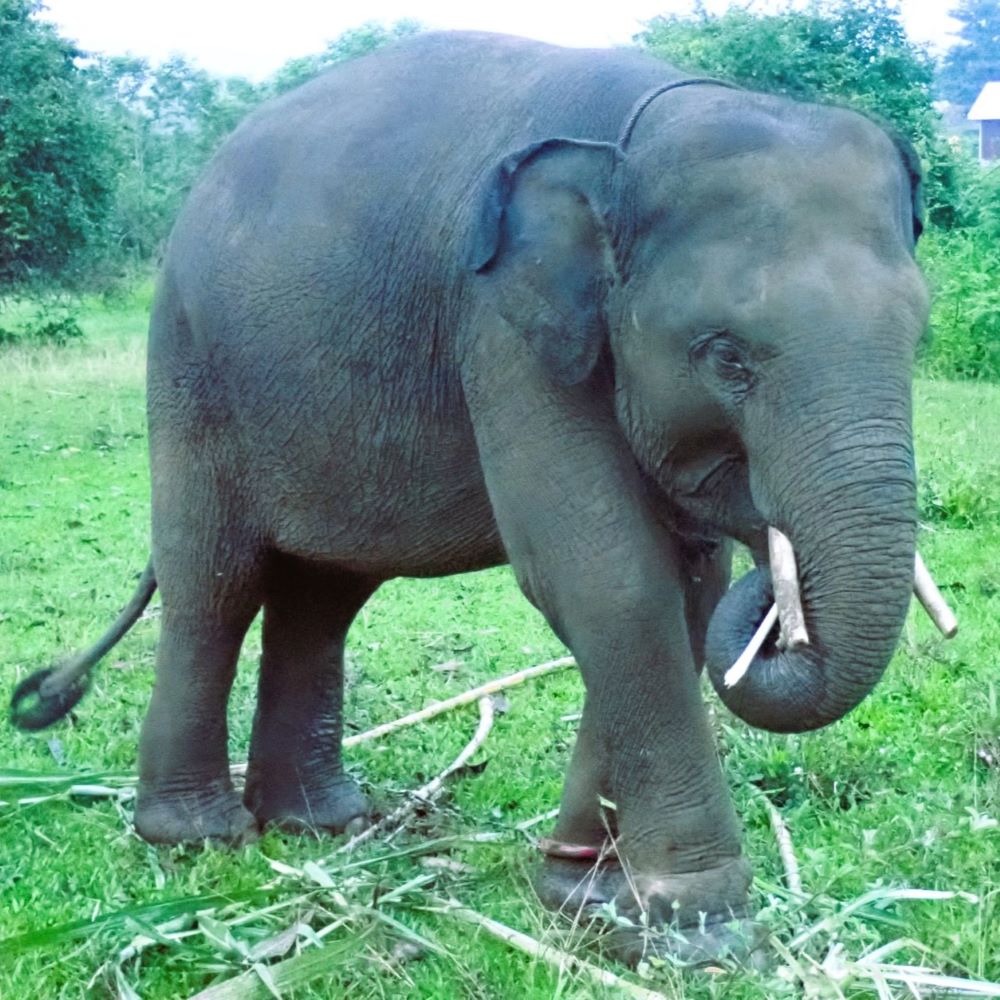 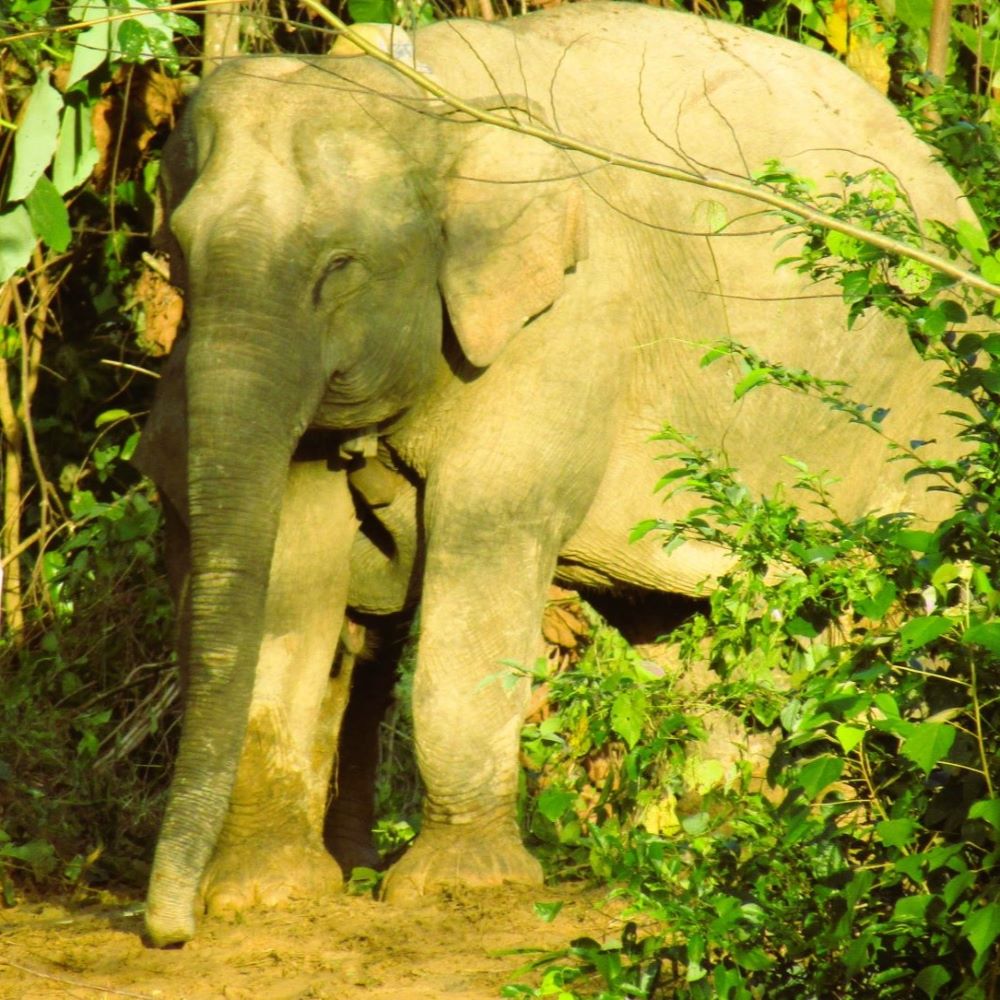