Our Elephant Conservation and Monitoring teams in the Bukit Tigapuluh Ecosystem in Sumatra, continue to keep a close eye on the various elephant herds including Ginting's via their GPS collars.

The families of Ginting, Indah, and Mutiara moved together or were very close to each other over the last few months. All three herds moved southwards at the end of February, crossing the WKS corridor road and entering farmland.

Our officer who in charge of the Early Warning System, sent updates to local community groups every morning and evening to let them know the locations of the elephants. This allows the community members to safely guard their crops with techniques taught to them by the elephant monitoring teams. This is to reduce human-elephant conflicts. The video and photos below shows Ginting grazing and traveling in the forest with other herd members.

In an exciting update, Ginting has been seen with a newborn calf however the sex of the calf has not yet been identified. Ginting has also been fitted with a new GPS collar so the team can continue to monitor Ginting and her herd closely and protect them from any harm. These photos show the team hard at work during the collaring procedure. Many team members including veterinarians are needed to safely collar the elephants and it is a huge task to undertake. Firstly, Ginting was sedated via a dart gun. The team then worked quickly to put a new GPS collar on. The well-being of the elephant is closely monitored during the entire procedure. Once the collar is fitted, Ginting was given a reversal drug and monitored to ensure she reunited with her nearby herd. Well done to everyone involved!

(Program run by Ministry of Environment and Forestry and Frankfurt Zoological Society). 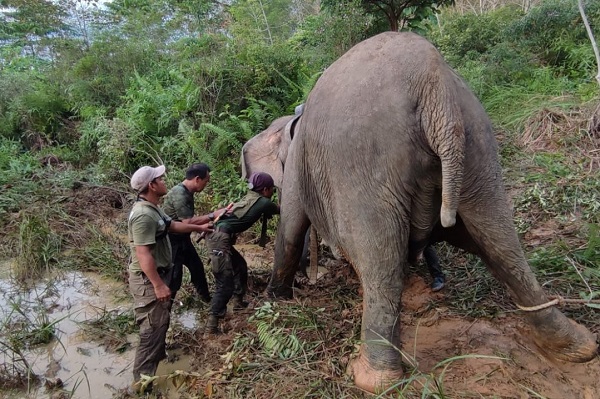 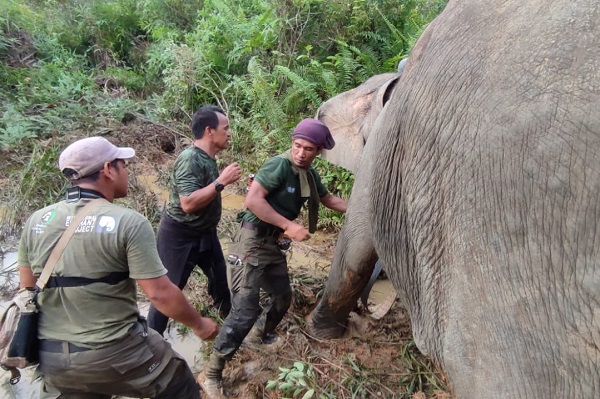 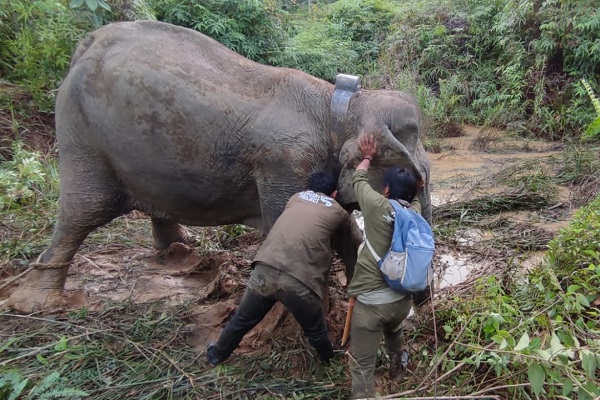