Baby elephant ‘Noy’ is growing up!

Two years ago, a beautiful baby elephant was born on Christmas Day in the Elephant Conservation Centre (ECC) in Laos. Six months later, a second baby was born, to the delight of the mothers, aunts and grandmothers of the herd - and of course the human rangers who care for them! 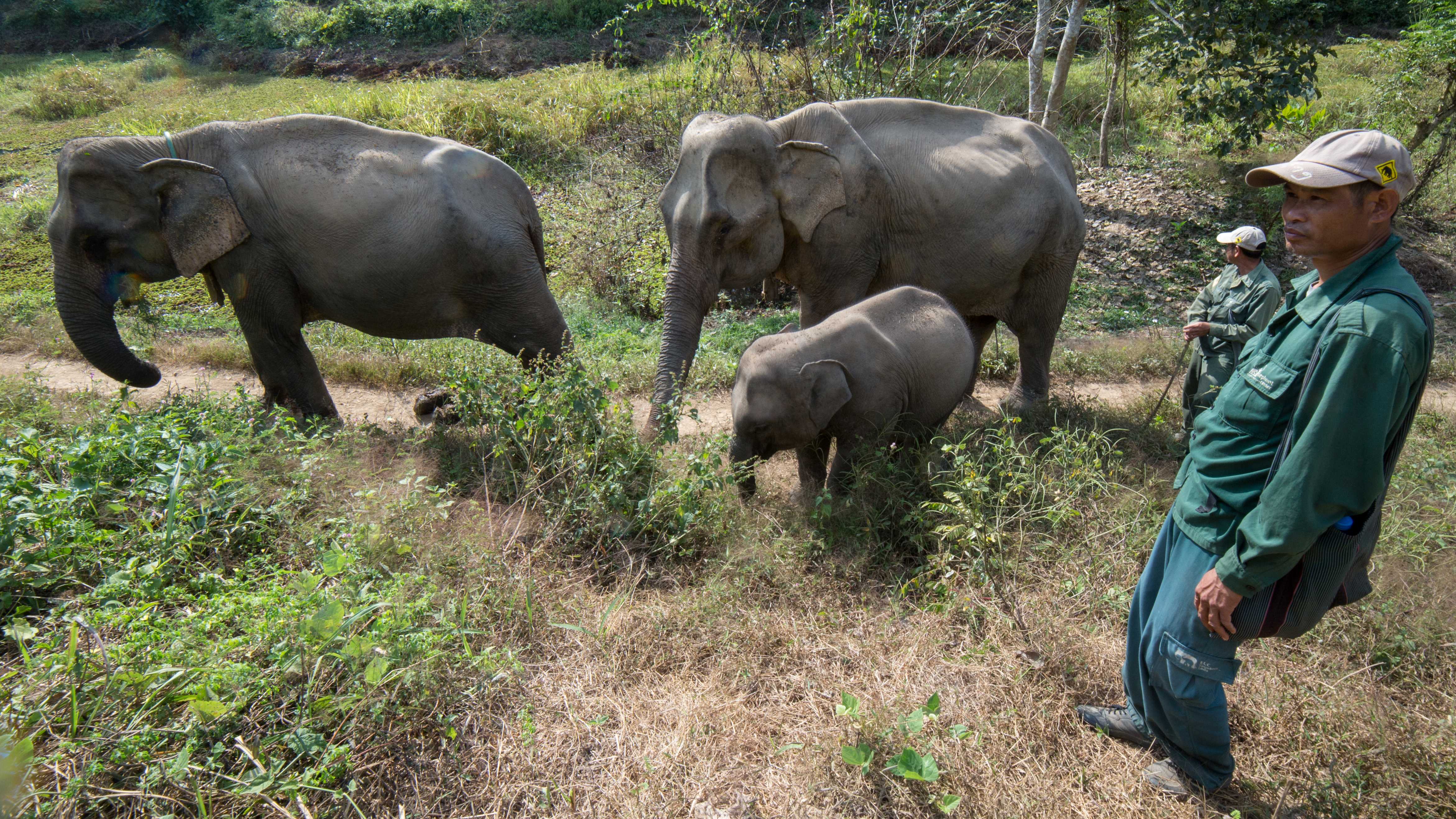 Above: The older baby Noy with her mother Mae Kham Peng (left) and grandmother Mae Thong Bai (right) and some of the ECC rangers

In Laos, baby elephants are called Noy (which means ‘small’) for the first two or three years of their lives. The mortality rate in young elephants is high, so the custom is to wait until they’ve survived beyond two years of age before naming them. Thanks to donors like you, these beautiful babies and their extended families are thriving at the ECC.

Older Noy spends most of her time with her mother Mae Kham Peng and her grandmother Mae Thong Bai. However, over the last nine months she has been introduced to other resident elephants as part of the ECC’s socialisation program. She is a very social young elephant and enjoys the company of adults - as well as the younger Noy! They’re often seen together play-fighting or enjoying a cool dip in the river. 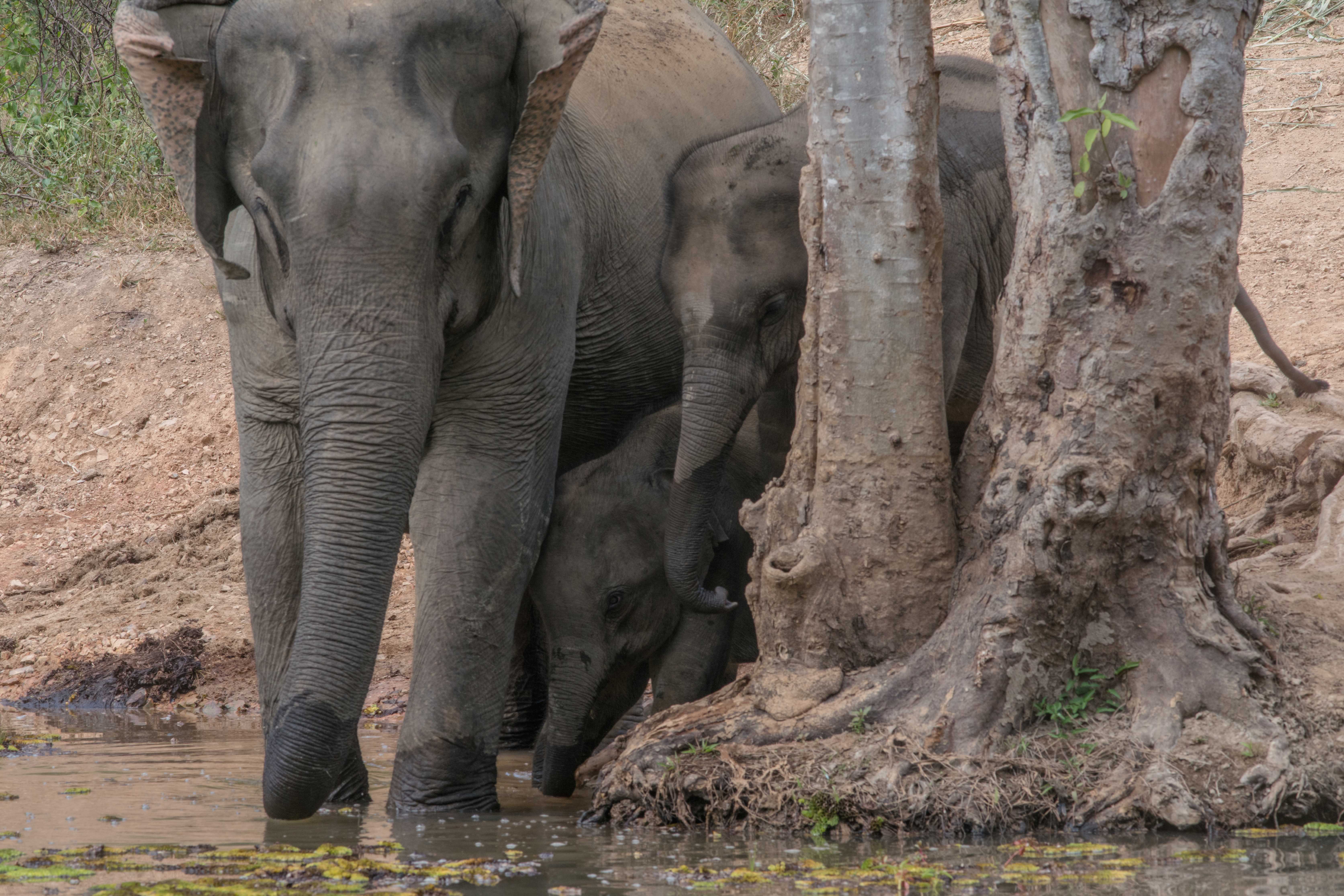 Above: Older Noy butting in on bathtime at the river with the younger Noy and her mother

Traditionally when an elephant reaches two years of age, they go through cultural and spiritual ceremonies. Part of these ceremonies is assigning a name to the elephant, usually inspired by their personality. However, the team at the ECC think Noy is still a little young for the naming ceremony. So we will have to wait one more year until Christmas 2023 for Noy (the elder) to be named. We’ll be in touch later this year or early next year to update you on her name and share images of this beautiful ceremony.

Now that not-so-little Noy is over two years old, she has started training at the ECC hospital to learn how to communicate with her appointed ranger. The hospital and welfare team have praised her as a quick learner, saying she is the easiest elephant they have trained at ECC so far. Below you can see Noy's kind and patient ranger training her.

Noy comes down to the treatment area with her mother to learn training cues and to receive treats from her carer and the welfare team. Her carer uses specific words to encourage Noy to move around and become familiar with being touched on the back of the ear. This is so she will be comfortable with medical and health care checks such as having blood taken through the large veins in her ears. Noy will continue to come to the treatment and training area twice a week throughout 2023, and she’s turning into a wonderful little addition to the herd at ECC.

Thank you to our wonderful donors for your support. It’s thanks to you that gorgeous little elephants like the two Noys are doing so well. 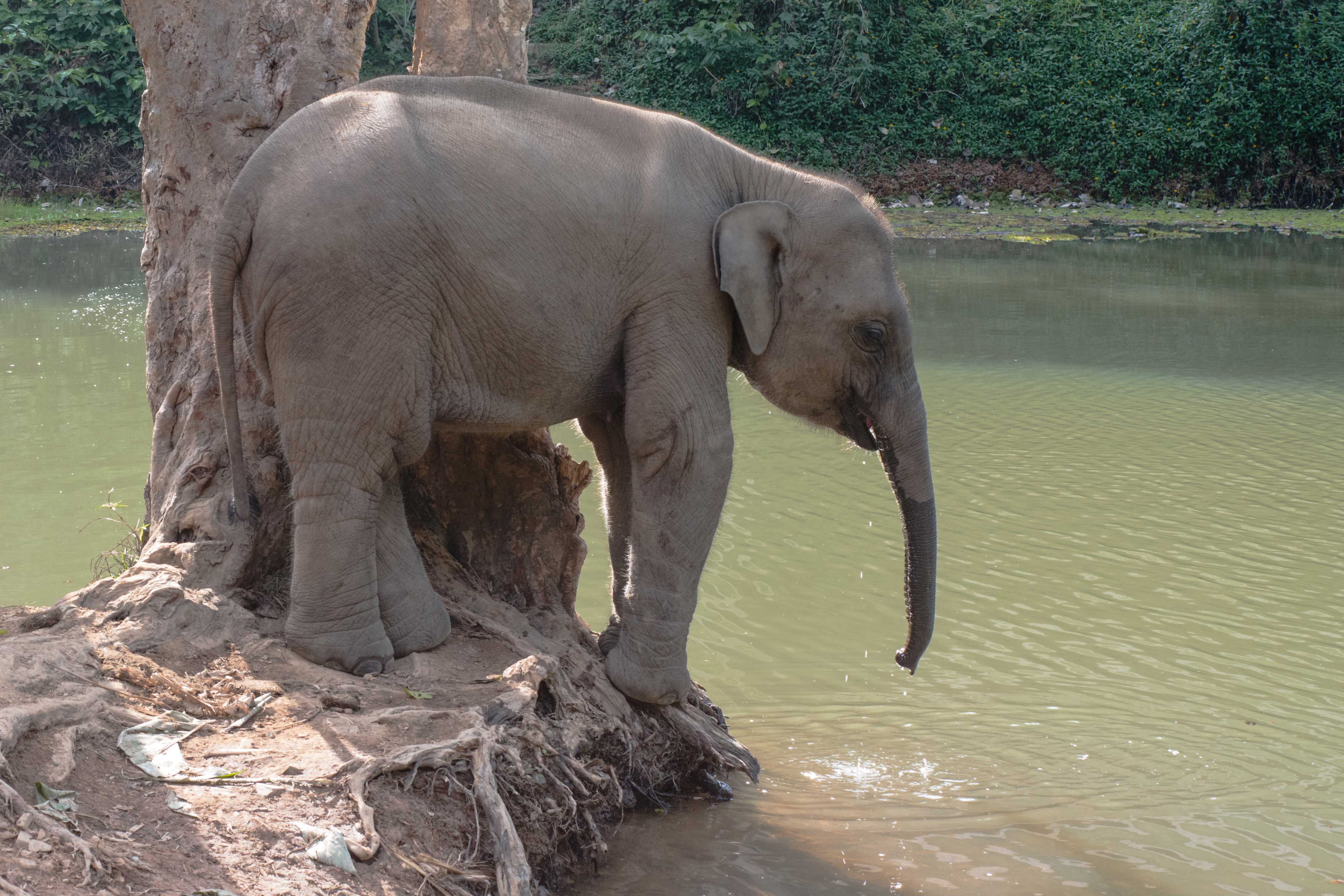